Court Watch Montgomery reduces intimate partner violence in Maryland by ensuring victims have access to responsive justice and vital services that can stop the abuse quickly and permanently.

More than 1 million Marylanders, representing every county, gender, race, economic level and sexual orientation, are projected to be victims of domestic violence at some time in their lives. We are the only organization in Maryland collecting and analyzing data about what is actually happening in domestic violence courtrooms. Our findings show that too few domestic violence victims in Maryland are obtaining comprehensive legal protection, despite our state’s strong protective order law.

Court Watch Montgomery holds county judges and other court personnel accountable for providing a safe and respectful court environment for domestic violence victims. By doing this unique work, we create a ripple effect that challenges all Maryland judges and all court personnel to use promising practices that give victims the legal tools they need most.

This is our vision.

This is our passion.

Help Us Create Lasting Change For Generations To Come

Leslie is a legal professional who has recently relocated to Montgomery County. She spent the first ten years of her career as a corporate attorney in federal and state litigation. She then dedicated the last fifteen years to nonprofit work having actively served on numerous boards of directors, including the board of the Midwest Innocence Project. She has also been a consultant to CEO’s of numerous nonprofits, including a large medical clinic providing care to economically disadvantaged groups. Leslie also previously served as a court-appointed special advocate working with teens in foster care. 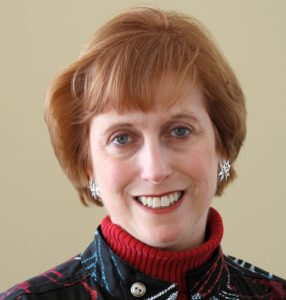 Ms. Stephens oversees Court Watch data collection and entry quality control and analysis. She maintains Court Watch’s numerous databases and is busy combining 9 years of protective order data and migrating it to a more sophisticated platform to allow new types of analysis. Ms. Stephens graduated from the University of Maryland with a BA in Sociology. While at University of Maryland, Ms. Stephens was a research assistant in both the Sociology and Criminology and Criminal Justice departments. Ms. Stephens has also volunteered as a Family Support Group Facilitator for NAMI, the National Alliance on Mental Illness.

Ms. Jones has worked in the field of accounting for 10 years. She holds a Master’s degree in Accounting from Nova Southeastern University. She has worked in the capacity of a financial officer and finance manager with non-profit organizations. In addition, she has assisted in audit compliance of grants receivables for non-profit organizations. Her background in accounting consists of working with clients in the healthcare, media and public relations, non-profit organizations, real estate and personal business services. She has excelled in providing cash flow analysis, revenue management, and sound advice reducing business expenditures. Ms. Jones handles Court Watch's accounting and ensures compliance with all state and federal regulations. She also advises the Executive Director on a range of financial issues.

Prior to founding Court Watch Montgomery, Co-Founders, Laurie Duker and Judy Whiton, worked as victim advocates, helping domestic violence victims file their petitions for protective orders and accompanying them to their hearings. They became increasingly concerned about the common practices by court personnel, including clerks, bailiffs, interpreters and judges, that left victims unsafe and with insufficient legal protection.

Laurie and Judy witnessed abusers and victims being routinely sent out of court at the same time, sometimes leading to victims being harassed and assaulted. A small number of judges, bailiffs, interpreters, and clerks poisoned the court process for desperate victims, leading victims to “drop out” of the process and return to dangerous relationships. Judges failed to tell abusers they had to turn in their guns, or that it is a crime to violate a protective order and they could be sent to jail for doing so. Judges rarely granted emergency financial support, which victims needed as a bridge to independence. They knew that change was needed in the courts in order to better safeguard victims.

Instead of working with individual victims, they established Court Watch Montgomery to push for systemic changes in our courts that could help every victim. They began by collecting data in court hearings, identifying troublesome processes, creating evidence-based reports, educating court personnel, and advocating for specific reforms. Laurie and Judy understood the value of building support among other peer organizations in the county and state and how that puts pressure on courts to institute important reforms. They believed that Court Watch could serve as a bridge between the courts and community to ensure comprehensive, coordinated services, and promote joint solutions for domestic violence victims.

Since 2010, Court Watch Montgomery's volunteers have spent thousands of observation hours in court each year. We successfully advocate for significant improvements in basic courthouse safety and judicial and court personnel demeanor, as well as increases in the judicial use of "best practices" that improve victim safety and sufficiency. 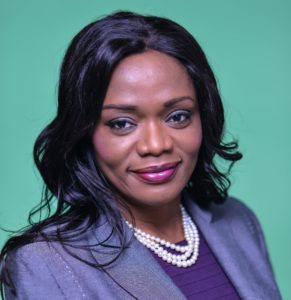 Dr. Agbeyegbe is the Community Engagement Manager on the Strategic Initiative for Sext Trafficking team at Polaris, a leading human trafficking organization. She is a public health practitioner and her areas of focus include health education, advocacy, and community collaboration. She has a doctorate in public health (DrPH), is a Certified Health Education Specialist (CHES) and is also Certified in Public Health (CPH). Dr. Agbeyegbe has worked on the issues of labor trafficking, sex trafficking, HIV/AIDS, domestic violence, women in homelessness, healthy housing and female genital mutilation.

Dinara Akhmetova is an Environmental Specialist at the World Bank. Dinara has practical experience in the design, implementation, and evaluation of environmental and climate change projects. She is highly skilled at data analysis and presentation, using various qualitative and quantitative software. She joined Court Watch in 2019 as a volunteer to provide support on data entry and quality control. 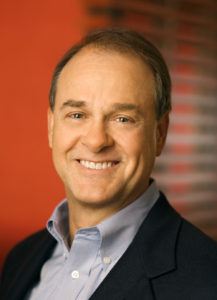 John Ford has held a variety of top positions in the television industry in his 40+ year career.

He currently is President of John Ford Media, where he serves as a consultant to many major clients in the television industry. Past and present clients include Curiosity Stream, ABC, TNT, Nat Geo Channel, Travel Channel, Cooper Media, NPACT (trade association) and Tegna Inc., where he currently serves as Head of Programming. He has appeared live on CNBC four times as an expert commentator on media businesses.

From 2003-2007, he served as executive vice president of programming at National Geographic Channel, leading the network’s total programming and ratings turnaround

From 2007 – 2009 he returned to Discovery and was President and General Manager of Discovery Channel, where he oversaw Dirty Jobs, Mythbusters, Deadliest Catch, Life, Man Vs. Wild and other hit series

Ford holds a B.A. in history from Duke University and a Masters’ degree from the LBJ School of Public Affairs at the University of Texas, Austin. He’s been a Montgomery County resident since 1989, is married to Margaret, has two grown children and two grandchildren, and lives in Chevy Chase, MD. 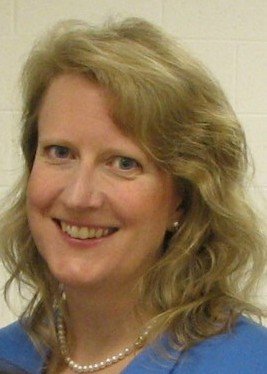 Ms. Green received her law degree from Harvard Law School, where she was the Supreme Court Editor for the Harvard Law Review. Ms. Green also clerked for a federal trial judge and edited and authored sections of a multi-volume treatise on trademark law.  Ms. Green is Co-Leader of Court Watch’s Judicial Accountability and Transparency Program and monitors criminal domestic violence hearings. 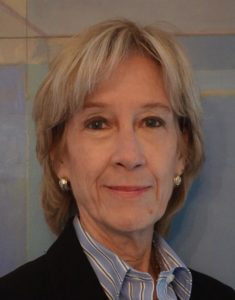 A long-time resident of Montgomery County, Ms. Ingram is an Attorney and Certified Fraud Examiner who spent many years investigating white collar crime, regulatory violations and other fraud, waste and abuse issues for a federal agency. She has extensive experience in all phases of an investigation, including leading and shaping its scope, conducting interviews of victims, subjects and witnesses, and crafting fact-based civil, criminal and regulatory resolutions. She routinely worked with prosecutors, other law enforcement professionals and government officials at every level. Ms. Ingram is committed to ensuring that our legal process is fair, just, and grounded in principles of integrity and equality. 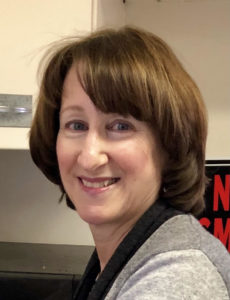 Karen Spar has been a Court Watch Montgomery volunteer since 2018 and monitors both civil protective order and criminal domestic violence cases. She also has been a member of the CWM Judicial Accountability Team. Karen currently works as a policy consultant for a national antipoverty advocacy organization. She is retired from the Congressional Research Service, where she was a senior manager and policy analyst for Congress on the broad range of domestic social policy issues, including issues related to family violence and child welfare. 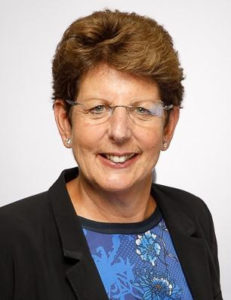 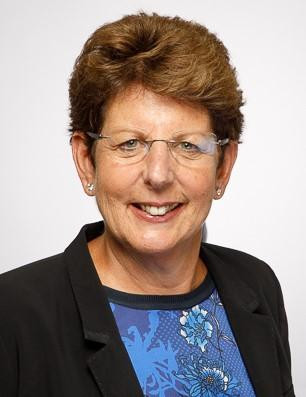 Janet Rosenbaum is Vice President of Business Development and Marketing for Rockville, MD-based Westat, where she oversees business development operations, marketing and communications, and strategic planning. Janet is a results-driven leader with 40 years of experience working in professional services organizations that conduct research and evaluation, surveys and data collection, training and technical assistance, program implementation, marketing and communications, and information dissemination. Her early career was in the criminal justice field, working for the MD Governor’s Criminal Justice Coordinating Council and on several U.S. Department of Justice contracts that involved providing data and research findings to better inform policy and improve programs. 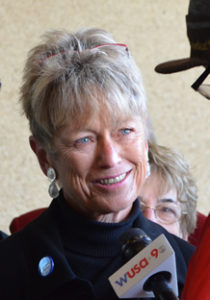