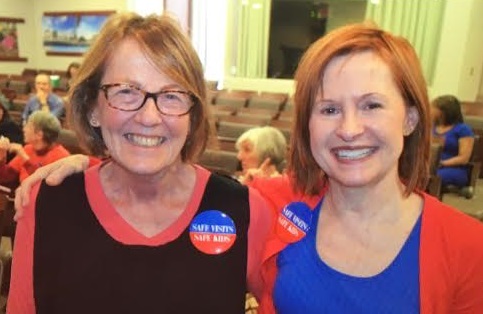 Montgomery County NOW ‘s Co-President Jeanette Feldner led off the panel and spoke about the need for multiple safe visitation sites throughout the County. Fran Rothstein, with The Montgomery County Woman’s Democratic Club strongly supported the Center and requested that the Council add funds to keep the center open for services for at least 24 hours each week. 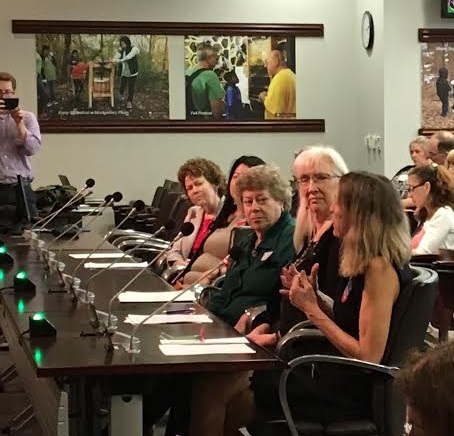 warned that judges were unlikely to order families to use the new center unless it was open a significant number of hours so that it was convenient for families. Duker pointed out that “we can’t just wish abusers away. They will be parents for life. They need to have a chance to learn parenting skills and how to de-escalate conflict.” Batting last, with moving stories about her clients, was Alexandra Iaccolo, Staff Attorney at House of Ruth. (Read Court Watch testimony here.)

A SAFE Silver Spring leader spoke in favor of the new visitation center at last night’s hearing. The Jewish Coalition Against Domestic Violence is scheduled to testify in support of the center, as is The League of Women Voters. 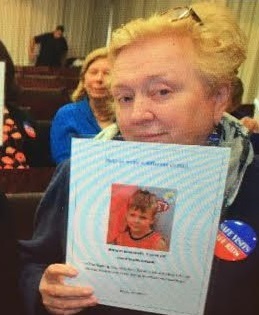 Court Watch volunteer holds portrait of Brandon Brockdorff, 6 years old. Brandon was shot to death by his dad during an unsupervised child exchange in Unity Park in Boyds MD. Brandon’s dad also killed Brandon’s sister, brother and mother. Then he killed himself.

Court Watch volunteers held portraits of more than 15 children, mothers and fathers who have been killed during unsafe exchanges or unsupervised visits. The vast majority were children.