Court Watch Montgomery analyzed news reports for information on domestic violence deaths in Montgomery County MD from 2000-2015. We found 60 victims of domestic violence. Of the 60 killed 15 were children. Two were bystanders (one was trying to save his sister). Another 11 residents (all men) died during domestic violence incidents, when they killed themselves (10) or were killed by police (1).  Over 30 children were left without mothers.

“All but one child was killed during the period the victim was trying to leave her partner.  Facilities providing safe child exchange and supervised visitation are desperately needed in Montgomery County to prevent these senseless tragedies,” said Laurie Duker, Co-Founder and Executive Director of Court Watch Montgomery.

Over a third of all deaths were due to firearms. “Our top legislative priority for 2016 is the passage of the Raskin-Smith bill to get guns out of the hands of convicted domestic violence offenders in Maryland,” said Duker. “It can save lives.” 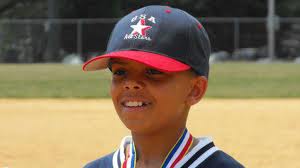 William McQuain was beaten to death by his father in 2012.