A District Court judge handling protective orders in November listened as a petitioner told her story. The petitioner described how her partner attacked and strangled her while she was holding their young child in her arms. He strangled her again on the bed, with the child lying right next to them. The respondent’s actions put the child in great danger and show a reckless disregard for the child’s well being. 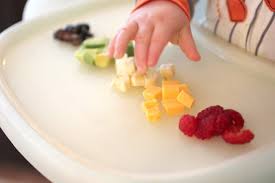 Judges have the power — and the obligation — to protect children as they formulate protective orders initiated by an abused parent. Judges can order a Child Protective Services assessment to gather needed information. They can explicitly include the child in the protective order. They can limit contact with violent parents and set custody in a way that ensures the child’s safety.

In this case, a Child Protective Services investigation was clearly warranted — but the judge did not order one.  In addition, the judge refused to include the child in the temporary protective order which she granted to the mother. The judge stated that she was “not getting involved with child custody.”

The Maryland Judge’s Domestic Violence Resource Manual specifically states that judges should not refuse to consider custody decisions in protective orders simply because that issue may be dealt with later in a Circuit Court custody or divorce case.

This judge had a responsibility to ensure the basic safety of a vulnerable child. She failed to meet her obligation.