When a victim files a petition many abusers feel they are losing control. T 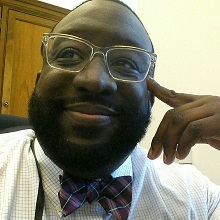 he potential for danger rises dramatically. Some domestic violence victims who drop their protective order cases are doing so in reaction to extreme anger or threats by their abuser.

Judge Zuberi Williams went out of his way today to increase the chances that petitioners who were asking to drop their petitions would be safe in the future.

Judge Williams first told the petitioners the he was more than willing to hear their story if they would like a hearing. He asked if they felt safe. He told them that they could return to court and get another petition if they needed to at a later date. He reminded victims to call 911 if they were in danger.

The judge also asked each petitioner to come forward and speak to him privately for a minute at the bench so that he could ask additional questions and gauge whether the petitioner might be feeling fearful or coerced.

While a victim may still be intimidated, a judge taking additional time to try to ascertain the level of danger a victim is facing is laudable. It signals to both parties that the court takes domestic violence allegations seriously. Judge William’s approach may result in some victims being more likely to refile if they are in danger in the future, and may put some abusers on notice that the court listens to victims and responds.